To share your memory on the wall of Charles Messinger, sign in using one of the following options:

Chick was one of a kind, a raconteur who loved life. He was a loving son, brother, uncle, cousin, friend and teacher. He spent his entire career as... Read More
Charles "Chick", Messinger, 91, passed away peacefully on December 20, in Doylestown, PA.

Chick was one of a kind, a raconteur who loved life. He was a loving son, brother, uncle, cousin, friend and teacher. He spent his entire career as an English teacher at Malverne High School and proudly directed the school's celebrated annual Spring musical. A lifelong devotee of theater, film, and ballet, Chick spread that love among thousands of students, many of whom enjoyed professional careers in the arts.

Raised in the Bronx with a wide range of extended family nearby, Chick's parents, Frank and Helen, encouraged his natural interest in the arts from an early age. Chick was graduated from DeWitt Clinton High School, New York University, and received his Master's from Columbia University.

He served proudly in the army in Germany after college and returned for graduate school.

Chick was a favorite teacher at Malverne High School. His students praised him for encouraging their appreciation of English language and both American and English literature. Chick was recognized among his peers for his stimulating teaching and ability to reach a wide range of students. He was fiercely proud of the accomplishments of students in academics and their careers.

As a devotee of American Musical theater, Chick was perhaps Broadway's biggest fan. He knew every lyric and dance number in his favorite shows. Soon, he became the director of Malverne's renowned musicals, bringing his enthusiasm and spirit to many students, even those who knew nothing about theater before knowing Chick.

After retiring to New Hope, Pennsylvania, Chick spread his love for Bucks County to former students, friends, and family. Many followed him to the area, and Chick cultivated an active and loving circle of friends who enjoyed his love of life and charming and humorous stories about theater, the army, travel and life. He continued following the arts and worked as a film reviewer for local publications. Chick enjoyed fashion and appreciated art and design.

He lived and immensely enjoyed the life he wanted, and Chick was, until his death, upbeat and positive.

He loved his Village 2 "tree house", and although he was no longer able to travel in the last several years, Chick recalled detailed experiences in France, Germany, England, Italy, and throughout the United States.

Friends provided a loving circle of support over the years. Joe Luccaro, Tony Danza, Marsha Mazzei, and many others were unceasingly generous and loving until his death. He was predeceased by his brother, Zane, and is survived by his nieces and nephews, Merrill and Barry Lipter, Andy Messinger and Karen Sokoloff, cousins Peter and Ellen Reiss, Pamela Reiss and Steven Stave, several grand nieces and grand nephews, and many other relatives. Contributions may be made to the Actors' Equity "Curtain Up" fund at www.actorsfund.org.

To send flowers to the family or plant a tree in memory of Charles G "Chick" Messinger, please visit our Heartfelt Sympathies Store.

Receive notifications about information and event scheduling for Charles

There are no events scheduled. You can still show your support by sending flowers directly to the family, or planting a memorial tree in memory of Charles G "Chick" Messinger.
Visit the Heartfelt Sympathies Store

We encourage you to share your most beloved memories of Charles here, so that the family and other loved ones can always see it. You can upload cherished photographs, or share your favorite stories, and can even comment on those shared by others. 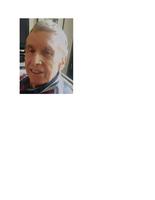