Obituary for Frank B "Mickey" Cooper 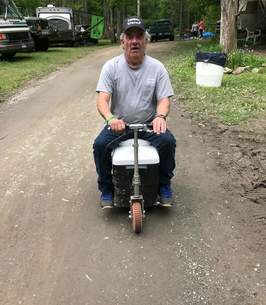 Born in Perth Amboy, Mickey moved to Delaware Twp. in 1968, where he along with his father Frank and brother Tom ran and operated the Frank B. Cooper & Sons Farm, LLC. For Mickey, farming was a way of life and he never considered it to be work. Aside from his family, farming is what he enjoyed most in life.

Son of the late Frank B. and Marie Bernardelli Cooper, he is survived by his wife of 50 years), Diane M. Cooper, his five children, Theresa Cooper, Christine Cooper, Laura Cooper, Amy Hoefele, Joseph Cooper, his brother Thomas Cooper and his wife Esther, his sister Fran Mannell and her husband Robert, and his six grandchildren, Elizabeth, Joseph, Jacob, Weston, Brooke and Jonathan.

A celebration of life for Mickey will be held at a later date. In lieu of flowers, memorial contributions may be made to Hunterdon County 4-H Agricultural Fair, Truck and Tractor Pull event.