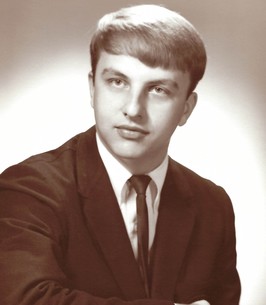 Born in New York City, John grew up in Trenton moving to Lambertville in 2003. He graduated from Cathedral High School in Trenton and excelled as a basketball player. John enjoyed hunting, fishing, camping, visiting National Parks and was a United States History buff. A mechanic most of his life, he worked also as a laborer in building construction.

Son of the late John and Margaret Bajzath, he is survived by one daughter Cindy Weinstein, his sister Mary Ann Palaschak and her husband Glenn, his granddaughter Kaitlin Weinstein and several nieces, nephews and cousins.

In lieu of flowers memorial contributions may be made to St. Joseph’s Indian School, 1301 N. Main St., chamberlain, SD 57325, saintjosephs@stjo.org

Graveside services will be private and held at the convenience of the family under the direction of the Garefino Funeral Home in Lambertville.