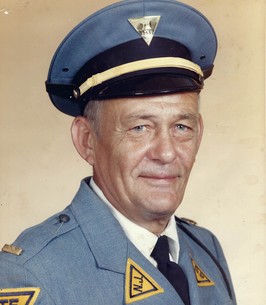 A great man has left this earth. Joseph Bartzak, Jr. passed away on July 14, 2022 at Doylestown Hospital in Doylestown, Pennsylvania at the age of 90. Joe was born on June 24, 1932 in Jersey City, New Jersey where he attended Ferris High School. At the age of 16, he quit high school to join the United States Marine Corps. and at the age of 17, he landed in Korea and was involved in one of the bloodiest battles in USMC history - the First Marine Division at Chosin Reservoir.

After returning home, he earned his high school diploma and joined the New Jersey State Police and served for 35 years. Although his job was very demanding of his time, he found the time to coach the West Amwell Tigers Little League team for all of his boys and coached recreation basketball at the Sandy Ridge Church.
Joe was a proud member of the New Jersey State Police Former Troopers Association and Former Marine Troopers Association. An avid Philadelphia Eagles fan, Joe always made sure to where his Eagles sweatshirt on game day for good luck.

Joe was predeceased by his father and mother, Joseph and Eva Bartzak (Turinchak), his brothers Michael Bartzak and William Bartzak and sister, Dorothy Krech.

Services for Joe will remain private at the family’s request. In lieu of flowers, the family asks that a donation be made to the Lambertville-New Hope Rescue Squad, PO Box 237, Lambertville, NJ 08530, who were always there when he needed them.

Lastly, for those who knew and loved Joe and his wry sense of humor, some words to live by, "Don't be an uddy!"