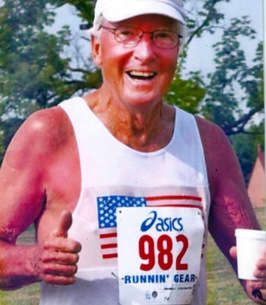 Marvin Allen Stevenson, long-time Rochester Hills resident, passed away on May 13, 2022 at the age of 87.

Al was born on November 15, 1934 in Doylestown, Pennsylvania. He grew up on his parent’s farm in New Jersey and after graduating from South Hunterdon High School in Lambertville, NJ he earned a Bachelor of Mechanical Engineering degree from General Motors Institute. After being transferred by General Motors from New Jersey to Michigan in 1967 with his loving wife Joyce, made Michigan their home, raising 3 children and 5 grandchildren and embarking on a nearly 40-year career at Fisher Body and then later Fisher Guide, while also serving in the United States Marine Corp. He was a member of the University Presbyterian Church in Rochester Hills for over fifty years as well as the Amwell Lodge #12 F & AM in Lambertville, NJ.

Throughout his life he had numerous interests and hobbies. In his younger years with his love for horses he was a competitive barrel-racer at local rodeo’s. Al enjoyed leading and coaching many of his kid’s athletics, scouts and other activities. After retirement he became an avid runner and ran in numerous Senior Olympics events and marathons including the 1996 Boston Marathon. He ran in many other races until the age of 86, at times being the only competitor in his age group. “Marv” had a passion for cross-country skiing and made special friendships racing as a member of the Cross-Country Ski Headquarters team. He was often told at ski races what an inspiration he was to younger skiers. Playing casual golf for most of his life he finally had a hole-in-one at the age of 83, even he was amazed by that accomplishment! He enjoyed volunteering for the Rocket Mortgage Golf Classic and for various Senior Olympic sporting events. But most importantly, he loved watching his kids and grandkids participate in their athletics and supporting their activities. He was proud of all of them and their achievements.

Al will be thought of often and his guiding hand to the branches of his family will be missed.

Funeral services will be held Saturday May 21 at 11:00 am at the Garefino Funeral Home 12 N. Franklin Street in Lambertville, NJ. Calling hour will be from 10:00 am until the time of the service at the funeral home. Burial will follow in the Holcombe-Riverview Cemetery, Delaware Twp.