To share your memory on the wall of Patricia Buchanan, sign in using one of the following options:

To send flowers to the family or plant a tree in memory of Patricia A Buchanan, please visit our Heartfelt Sympathies Store.

Receive notifications about information and event scheduling for Patricia

We encourage you to share your most beloved memories of Patricia here, so that the family and other loved ones can always see it. You can upload cherished photographs, or share your favorite stories, and can even comment on those shared by others.

Posted Aug 08, 2019 at 12:00am
So very sad to hear of Patricia's passing. She was a truly a wonderful person and I enjoyed speaking with her through Facebook messages. Sending prayers go the family. Marty ~ Marty Yannarella, Due West, South Carolina
Comment Share
Share via:
DW

Posted Aug 07, 2019 at 12:00am
A bright, strong Christian woman who raised a wonderful family. She will be sorely missed by many, but her light will live on in all who knew her. She is reunited with her husband and watching over all of us. God Bless!! ~ Debbie Crow, Washington Crossing, Pennsylvania
Comment Share
Share via:
KO

Posted Aug 07, 2019 at 12:00am
My thoughts and prayers for Pat's family. Pat was a wonderful classmate and she will be greatly missed by everyone who knew her. ~ Karen Osif
Comment Share
Share via: 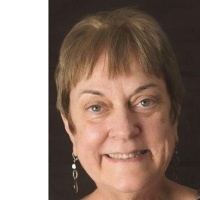