To share your memory on the wall of Robert Tumler, sign in using one of the following options:

To send flowers to the family or plant a tree in memory of Robert J Tumler, please visit our Heartfelt Sympathies Store.

Receive notifications about information and event scheduling for Robert

There are no events scheduled. You can still show your support by sending flowers directly to the family, or planting a memorial tree in memory of Robert J Tumler.
Visit the Heartfelt Sympathies Store

We encourage you to share your most beloved memories of Robert here, so that the family and other loved ones can always see it. You can upload cherished photographs, or share your favorite stories, and can even comment on those shared by others.

Posted Feb 23, 2020 at 12:00am
I hadn't seen Bobby in forever but was one of my good friends growing up . my prayers are with the Tumler family. Dan Gorish ~ Daniel Gorish, EASTON, Pennsylvania
Comment Share
Share via:
RH

Posted Feb 19, 2020 at 12:00am
Bobby was one of the nicest friends I had. He was always there to lend a helping hand. I remember him helping me out on multiple occasions. When I injured my arm he took me fishing. If I needed help with the monstrous air conditioner he came by. He also loved my 2 daughters. Always giving them candy and rides behind his 4 wheeler in the snow. When they had a lemonade stand he would stop and pay like 5 dollars for the little cup of lemonade. He had a great love for the outdoors in ways you wouldn't suspect. Like growing flowers and feeding the birds. Once he had a house wren living in his shed that would eat meal worms out of his hand. He was so kind and big hearted in so many ways. I am going to miss him and will think of him often, especially when I'm outdoors. ~ Ridgeley Hutchinson, Lambertville, New Jersey
Comment Share
Share via:
ED

Posted Feb 05, 2020 at 12:00am
We hadn't met, though Bobby is my second cousin. My dad was Tom Dzialo. I extended my sincerest condolences to his entire family. ~ Edward Dzialo, Forest Park, Illinois
Comment Share
Share via:
MF

Posted Feb 04, 2020 at 12:00am
My deepest sympathy to all members of the Tumler family. My thoughts and prayers are with you all during this difficult time. ~ Michael Fleming, Stockton, New Jersey
Comment Share
Share via:
JJ

Posted Feb 01, 2020 at 12:00am
Many childhood memories come to mind as I think of Bobby in the neighborhood, and in school. Such a great fun loving guy. Im very sad for the family and pray for comfort and peace during this difficult time. You will be greatly missed my friend. ~ Joe Triola Jr, Chalfont, Pennsylvania
Comment Share
Share via: 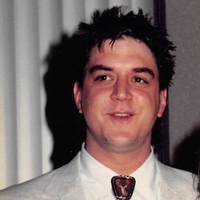