To share your memory on the wall of Robert Walden, sign in using one of the following options:

To send flowers to the family or plant a tree in memory of Robert E Walden, please visit our Heartfelt Sympathies Store.

Receive notifications about information and event scheduling for Robert

We encourage you to share your most beloved memories of Robert here, so that the family and other loved ones can always see it. You can upload cherished photographs, or share your favorite stories, and can even comment on those shared by others.

Posted Oct 12, 2019 at 12:00am
He was a my husband dear friend! So sorry to hear of his passing. ~ Marilou Foster, Staunton, Virginia
Comment Share
Share via:
AD

Posted Aug 18, 2019 at 12:00am
I was shocked to hear the sad news. Bob & Toni were just here in Oregon for a visit in June. I lay claim to being his2nd mom since he was in high school. He hung around our house and our veterinary clinic , wanting to be a veterinarian. A few years back, he and a friend rode their cycles from the East coast to the West coast for a visit.A sincere Hug to all the family he loved so much. He was such a beautiful person and will always be a part of our family. ~ Marla Robison, Newberg, Oregon
Comment Share
Share via:
BL

Posted Aug 16, 2019 at 12:00am
I just found out about Bob's passing so I apologize for the late reply. Bob was one of those customers here at Hermy's BMW that you were ALWAYS happy to see walk through the door. He was an enthusiastic motorcyclist and loved riding - one discussion with him about bikes and that enthusiasm bubbled out right over the top. I know he loved his GS and we shared some great stories of riding on the various scenic roads around the country. All of us here at Hermy's really liked Bob and we are deeply saddened by the news of his untimely passing. Keeping Bob and his family in our prayers. ~ Bob Lilley, Easton, Pennsylvania
Comment Share
Share via:
TA

Posted Aug 14, 2019 at 12:00am
My sincere condolences to Bobs family. Bob was a genuine human being and I was honored to have met him at Mount Sinai. ~ Tomlee Abraham, Passaic, New Jersey
Comment Share
Share via: 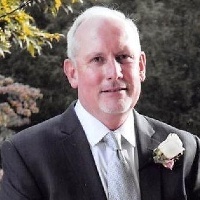