To share your memory on the wall of Ronald Suesserman, sign in using one of the following options:

To send flowers to the family or plant a tree in memory of Ronald Suesserman, please visit our Heartfelt Sympathies Store.

Receive notifications about information and event scheduling for Ronald

We encourage you to share your most beloved memories of Ronald here, so that the family and other loved ones can always see it. You can upload cherished photographs, or share your favorite stories, and can even comment on those shared by others.

Posted Jul 24, 2019 at 12:00am
Ron was truly special. I met him at the Golden Nugget Flea Market and often bought his papers. Ron liked to say, "open up your computer and look this up for me" meaning check his paper to see what price he could charge. Ron always gave me a fair price. Used to say, "ah, just give me $ for it all". Every time I go to the Nugget I think of him. Ron, may you rest in eternal peace until we meet again at the flea market in heaven. ~ Vicky Hain, New Jersey
Comment Share
Share via:
MS 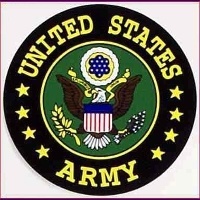