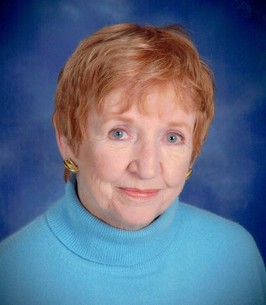 Terry is survived by son Daniel, daughter Melissa (Sean Egan), daughter Maggi Hill, and son
Andrew; daughter-in-law Patricia Stern Smallacombe; former daughter-in-law Angela
Smallacombe; grandchildren, Sarah Perrin, Jennifer Tyburski, Timothy and Stephen Perrin; Alex
and Conor Egan; Ryan, Braden and Rebecca Hill; Kerry, Drew and Dylan Smallacombe; Anna
Stern Smallacombe; great-grandchildren, Nathaniel Perrin, Charley and Henry Tyburski, Hayden
and Jaxsen Perrin, Abram, Rockwell and Jameson Hill, Natalia Smallacombe and many beloved nieces and nephews
and friends. She was predeceased by her sons Robert Alban and James Fitzpatrick Smallacombe.
Terry was born in Plattsburgh NY in 1935 to Alban James and Katherine Maude Fitzpatrick. She
earned her Bachelor of Arts degree from Douglass College at Rutgers University and did
graduate study work at Georgetown University. She was a freelance stringer for several local
newspapers; profiling philanthropists, small business owners, and renowned residents (including
Jan and Stan Berenstain, who authored the popular Berenstain Bears children’s book series).
Terry penned a popular food column for several years for the Lambertville Beacon titled “The
Hopeville Gourmand,” where she authoritatively (she was a supporter of Chaine des Rotisseurs,
the oldest and largest food and wine society in the world, as well as a member of Les Amis
d’Escoffier Society) reviewed many highly acclaimed restaurants in the Lambertville/New Hope
area.

Terry was keenly interested and well-versed in many aspects of culture and the arts. A longtime
supporter of Riverside Symphonia, she hosted fundraisers and traveling guest musicians for the
organization at her home in New Hope. Additionally, she taught classic literature at a local adult
school, where she gained a loyal following of students eager to see which important novel she
would have them read next, leading them in enthusiastic analysis while considering how the
author’s own life experiences might have played a role in the way each story unfolded.
Terry was very active as a reader and choir member in her church, St. Patrick Church in Kennett
Square and enjoyed international travel and playing golf and bridge in her retirement.
The family wishes to express their deep gratitude to each member of the Willow Tree Hospice
Care team in Kennett Square for their efforts that went above and beyond every day to ease her
transition and keep her comfortable.

A memorial mass of Christian Burial will be celebrated Monday June 6, 2022 at 11:30 am at St. John the Evangelist Roman Catholic Church, Bridge St. Lambertville, NJ. Burial will follow in the Rocky Hill Cemetery, Rocky Hill, NJ.

In lieu of flowers memorial contributions may be made to Willow Tree Hospice Care, 616 E. Cypress St., Kennett Square, Pa., 19348.