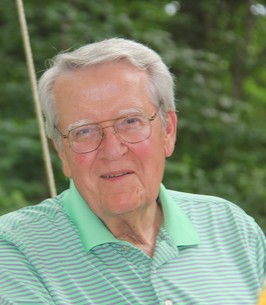 Born May 27, 1939, in Aliquippa, Pennsylvania to the late Thomas Sr. and Mary Cekoric, Tom joined the Army shortly after graduating from high school. Once his service was complete, he moved to Staten Island, NY to work at Doctor’s Hospital while finishing his Bachelor of Science Degree in Microbiology at Wagner College in 1965.

It was while working at Doctors Hospital, he met and married his wife of 55 years, the late Peggy Barnes Cekoric. After they were married Tom continued his education with a Master of Science degree from Long Island University in 1971, and his M.B.A from Fordham University in 1976. With this background he worked primarily in the medical/bio-tech field throughout his career specializing in bringing devices to market both domestic and internationally.

A resident of West Amwell Township for 40 years, Tom loved having his family together at his house for birthdays, holidays, and special occasions. Tom was very proud of his wife and children, but it was watching his grandchildren grow up and then having their own children which made him smile the most. He loved spending time with and talking about his grandsons, Christian and Ryan Ent; his granddaughters and their families, Calla and Chris Senss, Madalyn and Ethan Pell, Michaela Cekoric and Bijou and Anthony Cox; his great-grandchildren, Peyton and Jameson Senss, Amelia and Eli Pell, and Charlotte Cox.

Second to family, which included cousins, nieces and nephews, Tom’s biggest joy was sailing. Happiest on his boat, he sailed on the Chesapeake Bay for 20 years and loved to go sailing while on vacation, especially with his friends.

While a loss for those who love him, he led a full and purpose filled life. Tom, a strong and selfless man, never lost his sense of humor for which his children will be forever grateful.