To share your memory on the wall of Thomas Prall, sign in using one of the following options:

To send flowers to the family or plant a tree in memory of Thomas P Prall, please visit our Heartfelt Sympathies Store.

Receive notifications about information and event scheduling for Thomas

There are no events scheduled. You can still show your support by sending flowers directly to the family, or planting a memorial tree in memory of Thomas P Prall.
Visit the Heartfelt Sympathies Store

We encourage you to share your most beloved memories of Thomas here, so that the family and other loved ones can always see it. You can upload cherished photographs, or share your favorite stories, and can even comment on those shared by others.

Posted Apr 16, 2020 at 12:00am
We are so sorry to hear of Tom's passing. Aunt Joan and family, please know that you are in our thoughts and prayers. We have good memories of family get-togethers and picnics and smile at the good times we shared. He surely loved his family and life, and he will be missed by all who knew him! ~ Carol Sigafoos, Little River, South Carolina
Comment Share
Share via:
SC

Posted Apr 14, 2020 at 12:00am
Our condolences on the passing of our neighbor. Our thoughts and prayers are with your family at this time. ~ Sally and Simmie Cifelli, Lambertville, New Jersey
Comment Share
Share via:
KG

Posted Apr 14, 2020 at 12:00am
My deepest condolences on the loss of Uncle Tommy. I have beautiful memories of summers spent with him & his family. Please know my thoughts & prayers are with Aunt Joan and family. Words cannot express how sorry I am to hear this sad news. ~ Kelly Grala, Bordentown, New Jersey
Comment Share
Share via:
KG

Posted Apr 14, 2020 at 12:00am
My deepest condolences on the loss of Uncle Tommy. I have beautiful memories of summers spent with him and his family. Please know my thoughts & prayers are with Aunt Joan & family. Words cannot express how sorry I am to hear this sad news. ~ Kelly Grala, Bordentown City, New Jersey
Comment Share
Share via:
BA

Posted Apr 13, 2020 at 12:00am
Joan and family - so very sorry to hear of Tommy's passing. He was a good guy and we enjoyed many a game of pool at the Legion. Keeping you in our thoughts and prayers. Bill and Kathy Akers ~ Bill Akers, Dagsboro, Delaware
Comment Share
Share via: 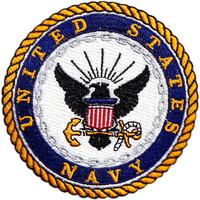