To share your memory on the wall of Victor Rose, sign in using one of the following options:

To send flowers to the family or plant a tree in memory of Victor H Rose, please visit our Heartfelt Sympathies Store.

Receive notifications about information and event scheduling for Victor

There are no events scheduled. You can still show your support by sending flowers directly to the family, or planting a memorial tree in memory of Victor H Rose.
Visit the Heartfelt Sympathies Store

We encourage you to share your most beloved memories of Victor here, so that the family and other loved ones can always see it. You can upload cherished photographs, or share your favorite stories, and can even comment on those shared by others.

Posted Mar 05, 2020 at 12:00am
I am so very sorry for your loss. Victor was a good man and friend. Hell be sorely missed? ~ Sally Lelie, Lambertville
Comment Share
Share via:
GW

Posted Mar 04, 2020 at 12:00am
So very sorry to hear of Victors passing. He will be extremely missed at our Sunday afternoon VFW gatherings. Victor always brought rays of sunshine and a great sense of humor.My deepest sympathy. ~ Gus Welzel, Flemington, New Jersey
Comment Share
Share via:
SF

Posted Mar 04, 2020 at 12:00am
So very very sorry to hear of this wonderful mans passing away. He was always so kind. So many fond memories growing up w him & his loving family ~ Florence Marro, Blairsville, Pennsylvania
Comment Share
Share via:
NS

Posted Mar 04, 2020 at 12:00am
Rest In Peace. As a neighbor, you were always there to wave or say hello. We will miss seeing you. Sincere sympathy for the family ~ Nancy Saharic, Lambertville
Comment Share
Share via: 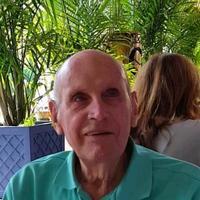