To share your memory on the wall of Frank Cleary, sign in using one of the following options:

A longtime resident of Lambertville, Frank graduated from South Hunterdon Regional High School. Frank had lived in East Amwell Twp for 30 years and in Ewing Twp. for the past 15 years.

Following high school Frank was drafted into the United States Army in 1968 and served honorably until 1970. As a Private First Class Veteran, he served in C Troop, 3rd Squadron, 4th Cavalry, 25th Infantry Division. He was the recipient of an “Army Commendation Medal for Heroism”. His award reads as follows:

For heroism in connection with military operation against a hostile force: Specialist Four Cleary distinguished himself by heroic action on 17 December 1968, while serving as a tank driver with C Troop, 3rd Squadron, 4th Cavalry in the Republic of Vietnam. As C troop was setting up their night laager site, they came under an intense barrage of mortar, RPG, automatic weapons and small arms fire. Specialist Cleary immediately moved through the devastating Viet Cong shelling to the perimeter and began placing effective suppressive fire on the insurgents. When his comrades began to run low on ammunition, Specialist Cleary, with complete disregard for his own safety, moved through the bullet swept area, secured the desperately needed ammunition and distributed it among his comrades. His valorous actions contributed immeasurably to the defeat of the insurgents’ assault. Specialist Cleary’s personal bravery, aggressiveness and devotion to duty are in keeping with the highest traditions of the military service and reflect great credit upon himself, his unit, the 25th Infantry Division and the United States Army.

Following his service in the United States Army he began his trade as a stone mason, becoming a member of the Philadelphia Mason’s Union and later working for Charles Rose Masonry in W. Amwell Twp. for a number of years. An avid golfer, Frank had tended bar at the Hillsborough Country Club, was an avid Philadelphia Eagles Fan, enjoyed dining out at various restaurants and enjoyed his time spent at their vacation home in South Carolina.

Frank was the son of the late Frank Cleary and his birth mother Anne Nanni Cleary. Anne died while giving birth to Frank and Anne’s sister Rose Nanni Correnti raised him and this was the only mother Frank ever knew.

A memorial service will be held Saturday June 5, 2021 at 11:00 am at the Garefino Funeral Home, 12 N. Franklin St. Lambertville, NJ. Burial with United States Army Military Honors at the Washington Crossing National Cemetery, Newtown, Pa. will be held at a later date. Calling hours will be Saturday from 9:00 – 11:00 am at the funeral home.

In lieu of flowers memorial contributions may be made to the Flemington VFW or Flemington American Legion, 28 Park Ave. Flemington, NJ 08822.
Read Less

To send flowers to the family or plant a tree in memory of Frank J Cleary, please visit our Heartfelt Sympathies Store.

Receive notifications about information and event scheduling for Frank

We encourage you to share your most beloved memories of Frank here, so that the family and other loved ones can always see it. You can upload cherished photographs, or share your favorite stories, and can even comment on those shared by others.

3 trees were planted in the memory of Frank Cleary

Posted Jun 11, 2021 at 08:31am
Sorry to hear of Frankie's death. Frank was always a stand up guy. I have fond memories from high school. Always smiling. Jack Williamson
Comment Share
Share via:
BP

Posted Jun 04, 2021 at 10:10am
We have shared so many wonderful times with you and Patti. How we will miss you. God Bless you and the family.

Posted Jun 03, 2021 at 08:39am
Patti, I am so very sorry for your loss. Frank was such a likeable guy and you two always appeared so happy. You are in my thoughts and prayers. XOXOXOX
Comment Share
Share via: 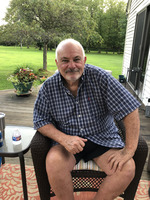 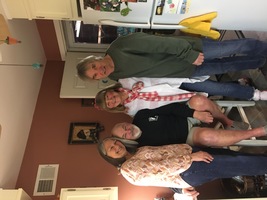 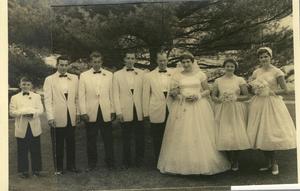