To share your memory on the wall of James Lavan, sign in using one of the following options:

In his youth, Jim was a talented athlete which earned him a full ride scholarship to The Hun School in
Princeton, where he was later inducted int... Read More
James Lavan, Sr. 83, died peacefully in his sleep at home on Thursday, January 21st.

In his youth, Jim was a talented athlete which earned him a full ride scholarship to The Hun School in
Princeton, where he was later inducted into the Athletic Hall of Fame. He received this honor for
his skill and abilities as an all-star baseball, basketball and football player. He was very proud to
have held the position of captain of the baseball and basketball teams during their undefeated
championship seasons. He then went on to attend college at Rutgers University.
Jim loved a hot cup of coffee, a donut or three and sharing a good laugh with family and friends.
He made many fond memories while working as a machinist at General Motors for 30 years
before he retired. He adored his labradors and enjoyed working as a dog trainer for duck
hunting and to compete in retriever field trials.

His true passion was fishing, fresh water or salt water didn't matter as long as he had a fish on. When he wasn't communing with the wild, he could be found in his workshop painstakingly carving, burning and painting wooden decoys by hand. He created everything from primitive duck decoys, intricately dressed mallards and hens, to graceful swans and geese, delicate house wrens and cardinals, and bold hawks in mid-hunt. He was truly a master craftsman when it came to building fishing rods and carving his birds. Jim had a wonderful sense of humor, always quick to share saucy limerick or telling a tall tale. He was a devoted husband and father to his four children, and he enjoyed spending time with his grandchildren and great-grandchildren. He adored his family and always wore a smile when they were together.

Donations can be made to Samaritan Hospice (SamaritanNJ.org) in his name. Services will be
private.
Read Less

To send flowers to the family or plant a tree in memory of James A "Jim" Lavan Sr., please visit our Heartfelt Sympathies Store.

Receive notifications about information and event scheduling for James

Print
Services will be private

We encourage you to share your most beloved memories of James here, so that the family and other loved ones can always see it. You can upload cherished photographs, or share your favorite stories, and can even comment on those shared by others.

The Durborows sent flowers to the family of James A "Jim" Lavan Sr.
Show you care by sending flowers

Posted Feb 04, 2021 at 12:32pm
No matter how old we are, its never easy to lose a parent. Our thoughts and prayers are with you. Take comfort in all of the wonderful memories.

The Durborows purchased flowers for the family of James Lavan. Send Flowers

Posted Jan 25, 2021 at 03:06pm
We were saddened to hear of Jim’s passing. Many many years ago he got us our dog, Casey. Casey was the best trained dog ever. We will never forget Jim and Virginia
Comment Share
Share via:
N

Posted Jan 25, 2021 at 09:12am
Long time friends - Jim and Ginny. Jim was a larger than life personality. We had many good times together in the past. Spent a lot of time together. The world won't be the same without you two. Fred and Trudy
Comment Share
Share via:
V

Posted Jan 24, 2021 at 08:38pm
Our deepest sympathies to the entire Family. He was a good man and a funny guy. Vickie Pierman and sisters, Jim Pierman
Comment Share
Share via:
MY 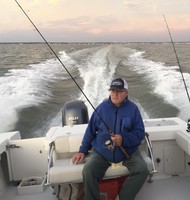